This week being school half term, my sketch buddy Andy and I convened in London for a day of absorbing, and making, art.

Our first port of call was the Wallace Collection, which we’d never before visited. It is home to the Laughing Cavalier by Frans Hals, and The Swing by Fragonard. These famous paintings suggested the potential tone of the gallery but, keeping an open mind, we hoped that there would be other, less saccharine, delights in store.

Well, the reality was that there was a vast array of ornate ormolu furniture, busts of various King Louis of France, and a huge collection of 17th and 18th century paintings. The surprise element was a somewhat incongruous display of armour from around the world. 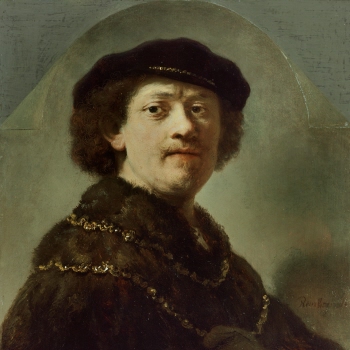 We valiantly made our way through the Dutch Masters section, taking what we could from the undeniably skillful paintings, a few of which we found arresting and intriguing, including a Rembrandt self-portrait made in middle age – hard to ignore that compelling gaze.

It was useful to recall that these pictures predated photographic reproduction, and therefore had a role in documenting historical events, and also in displaying a narrative to the viewer, as well as being entertaining or sometimes flattering. Depicting ‘reality’ was undoubtedly important, and the delicacy of touch of the oils, the realism of the fabrics and skin, echoed the desire to truly capture a moment for posterity. 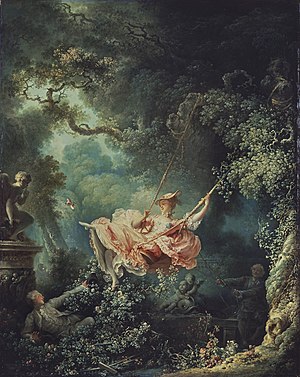 The Swing itself surprised me, as it was smaller (and yet more impressive and detailed) in reality than I’d imagined. It’s definitely a fantasy concoction; the swinger’s feet are improbably tiny, and there’s something rather odd about the anatomy of her leg. Still, it doesn’t stop it being a favourite of jigsaw-makers and chocolatiers over the decades.

Anyway, suffice it to say that Wallace’s tastes were not necessarily ours. As we left, we realised we had somehow missed the jewel in the crown of the collection, the Laughing Cavalier, but that knowledge was not enough to stop us collecting our rucksacks and heading out to our next stop – the beloved V&A.

My son’s art assignment was to look at Jim Dine‘s work, and create a picture in a similar style. I can never resist poking my nose in, and when I Googled the artist I was fired up by his etchings of tools (although not so much by his other works). If you haven’t seen them, you can take a look here at one of his brushes pictures. I was intrigued by the subject matter, and also by the successfully ‘messy’ execution using drips, scribbles and blends next to very fine linework. I thought I’d like to try my own version with elements of this.

My model was an old decorator’s brush, and I started by drawing over my pencil outlines with fineliner in my brown paper sketchbook. Next I added a few details, such as the bristles, and used a charcoal stick to put in some depth, shadow and contours. I enjoyed the ribbing effect which the paper texture imparted – silly, but I hadn’t thought about that beforehand as I’ve mostly used this book for ink pictures. Finally I used a white chinagraph pencil to add highlights.

Well, it was at this point that I lost my bottle. I’d produced a perfectly nice picture of a brush – why risk it by putting in all those scribbles and blots? So I didn’t, and therefore this piece remains less of a Jim Dine, more of a Rebecca. And today I’m fine with that. Maybe tomorrow I’ll loosen up…?

I was lucky enough to receive this book for my birthday, a very good choice by my husband, it turns out – I hadn’t even heard of it. ‘A Bigger Message – Conversations with David Hockney’ has received great reviews since its publication some years ago. (Just take a look at the Amazon reviews and goodreads)

I found it very accessible and, contrary to my usual greedy, gobbling approach, I paced myself so that I actually stood a chance of digesting some of the ideas Hockney explores. Bitesize chunks, with time to consider in between.

The book takes the form of a wide-ranging dialogue between the author and Hockney, giving an insight into the mind of the artist, his approach to art and his constant quest to represent the world and imagination. The dialogue roams widely, from comparing the use of different types of perspective (I’d never considered there could be more than one) and the limitations of photography, to how the iPad is changing art. There are plenty of pictures too!

I found the ideas gave me a new perspective (haha), and Hockney himself seems very engaging and a real ‘live wire.’ It was revealing also to hear the back story behind some of his pictures, which helped me to make sense of his progression in art and how he’s arrived at the style he has today.

I know that I will come back to this book, and I’ll be lending it to friends with an interest in art. If you get a chance to borrow a copy, I’d say ‘Yes,’ find a comfy chair and take the phone off the hook…

The hardest frost yet this winter struck last night; when I came to the car this morning, the windscreen was a fantasy of organic leaves and waves. My photos are nothing special, but I just had to share the astounding organic etchings of the frost here. In the lower part of the pictures there’s a glow from the light of the low, rising winter sun.

A friend pointed me at this article from The Guardian newspaper, and I think it’s well worth a look. It discusses a new kind of ‘art’ made by instructing Google’s image recognition software to interpret pictures in certain ways. The software is given a selection of parameters designed to yield a new version of the original image.

Many of the pictures which the image recognition software produces are quite spectacular and intricate. They are born from the software’s attempts to ‘make sense’ of a scene it has been given. The images produced can be somewhat Escheresque, and at the same time reminiscent of the best ‘Magic Eye’ pictures in their repetition and detail. For more detail and images, check out this link:

Looks like there’s a new fantasy artist on the block!

Just look at these pictures!

I could look at Ocar Droege’s work all day.

There’s not a great deal of information available online about Droege; it seems he was based in his native Germany, but during his life he travelled around Europe by bicycle and sailing boat. He was an active artist from the early C20th, fought in the Second World War and was taken captive by the Russians. He died in 1983.

I find that Droege’s images combine the best aspects of both graphic design and fine art. The scenes he chooses have a timeless appeal, the reflections and composition are exquisite and the colours are deliciously luminous. For me, his trees in particular have the most attractive delicacy.

So, it seems marvellous that these are prints, created from woodcuts, rather than painted. I can only imagine the skill, planning and years of practice it must take to be able to produce this kind of image.

I don’t have a tattoo. And I’m not very likely to get one (although I suppose I should never say never). Apart from the pain, there’s the worry of choosing the right image; one that you’re going to have to live with and be happy with for the rest of your days. And above all, for me, the fear that even if you choose a great image, the tattooist won’t render it well. The internet is awash with examples of tattoos which didn’t go according to plan – it’s enough to make anyone cautious.

But, having said that, in the unlikely event that I did decide to take the plunge and get ‘inked’, the image that tempted me into it might just be one of Dr Woo’s. His attention to design and precision are wonderful, and the images he creates are delicate, original and stylish – although I suspect that his style will soon be copied around the globe.

His clients include the rich and famous, for reasons which seem clear. If you’re going to put a permanent mark on your skin, why wouldn’t you choose the best art you can afford? Since I’m sure I can’t afford Dr Woo’s talent, I’ll be going without… 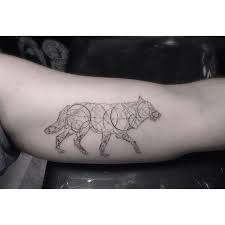 Last I borrowed a library book, Manga Now! and passed it to my 12-year old son, who hasn’t really ‘clicked’ with art. To my joy it really grabbed him, so much so that yesterday he invested his pocket money in some manga-style marker pens. Here he is today in a quick sketch, starting his first manga picture. He actually sat fairly still, he was so engrossed in the process. Quite why he prefers to work on the floor is a mystery to me, but I’m not going to argue if it gets him creating. It’s nice to see him not behind a computer screen, although he’s still ‘plugged in’ via headphones to a Terry Pratchett Discworld audio book. To be fair, I expect if that had been an option to me at his age, I’d have been just the same.

I rapidly made the sketch first in pen, then on with the washes. I wish that I’d managed to get the proportions of the legs and arms right in the first sketch. Also, the faces don’t really look like him; I find it so very hard to capture a likeness in just a few strokes. (I do like the t-shirt colour though – luscious). If I’d had more room on the page, I’d have done more sketches, but I ran out of space. That sounds like a feeble excuse, but I didn’t want to start a new page…Anyway, what matters most is that I know who it is, and for me it’s a record of a moment which would otherwise be lost.

I adore pop-up books. It’s the ingenuity of the designers which intrigues me the most – the ability to produce the 3D model from 2 dimensions.

I’m lucky enough to have a very small collection of modern pop-ups, mostly by master ‘paper engineer’ illustrators, Sabuda and Reinhart. They are known for their triumphs with dinosaurs and castles, and they have also illustrated storybooks, including The Wizard of Oz, complete with hot air balloon.  It seems they can bring any subject to life, springing from the page. I treasure these books, and hope that they will survive down the generations, until their glue and wonderful folds give up…

If you’re interested in finding out more, there’s an interesting interview here in which Sabuda and Reinhart discuss their process, and a clip of them talking about their work:

Now, anyone feel up to having a go?

Does the brush paint, or does the ink? Or does the paper, the hand, the brain, the mind, the vision, or the person? Or does a painting paint? – Kazuaki Tanahashi, Brush Mind

This book is illustrated with close-ups of one-line calligraphic strokes from East Asian influence, and contains some of Tanahashi’s musings on the creative process. Some are written as haiku. A couple of my favourite quotes are:

You can’t hide anything in a line. You are there whatever line you draw. And you will stay there, even when you go somewhere else…

In the Oriental calligraphic tradition, you are not supposed to touch up or white out a trace of your brush. Every brush stroke must be decisive; there is no going back. It’s just like life.

It’s all food for thought. And on that note, back to it.